I agree with Tucker. The book is quick read, and puts Lincoln's person into perspective. As a high school history teacher, it helps build my appreciation of the characters and important people of American History. Read full review

26 other sections not shown

Thomas Keneally was born in Sydney, Australia on October 7, 1935. Although he initially studied for the Catholic priesthood, he abandoned that idea in 1960, turning to teaching and clerical work before writing and publishing his first novel, The Place at Whitton, in 1964. Since that time he has been a full-time writer, aside from the occasional stint as a lecturer or writer-in-residence. He won the Booker Prize in 1982 for Schindler's Ark, which Stephen Spielberg adapted into the film Schindler's List. He won the Miles Franklin Award twice with Bring Larks and Heroes and Three Cheers for the Paraclete. His other fiction books include The Chant of Jimmy Blacksmith, Gossip from the Forest, Confederates, The People's Train, Bettany's Book, An Angel in Australia, The Widow and Her Hero, and The Daughters of Mars. His nonfiction works include Searching for Schindler, Three Famines, The Commonwealth of Thieves, The Great Shame, and American Scoundrel. In 1983, he was awarded the order of Australia for his services to Australian Literature. Thomas Keneally is the recipient of the 2015 Australia Council Award for Lifetime Achievement in Literature. The award, formerly known as the Writers' Emeritus Award, recognises 'the achievements of eminent literary writers over the age of 60 who have made an outstanding and lifelong contribution to Australian literature. 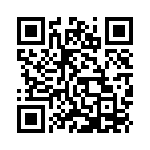