A shallow book -- well intentioned perhaps, but sadly lacking in basic knowledge of what was going on at the time.
For example, Harsh quotes Davis as saying ""we just want to be left alone" . While Harsh does have a few words to modify that, he lets it stand.
Not one word about the killing sprees in Kansas, orchestrated and funded by Davis and carried out by David Atchison, from 1856 on, to kill and terrorize anyone who even spoke --yes spoke -- against slaver. See Atchison's amazing speech from May 21 1856, the first of three killing sprees into Lawrence, to punish them for having a newspaper -- against Davis and Atchison orders -- that spoke against slavery.
Its not like t his is a secret Harsh could not find. Perhaps he heard of Sumner "Crimes Against Kansas Speech" that detailed some of the killings -- but ironically Sumners speech came the day BEFORE Atchison's first killing spree with his army or paid mercenaries.
At any rate, how do you call killings and hiring me to kill, and boasting of killing to stop people from speaking against slavery, as "just want to be left alone"
Harsh rambles on some, qualifying Davis statement -- but idiotically thinks he knows what Davis thinks. Here is a clue, what Davis thinks is clear by what he DID. Too complicated? Going too fast? IS there some law or rule among "historians: like Harsh that men who kill and terrorize on one hand, but speak lovely false narratives on the other, believe the narratives?
Harsh isn't the only historian clueless that even PERHAPS people like Davis spoke one way and could possibly act another way. Stunning really.
But it's SO much easier to quote someone like Davis -- and then go on. Hard to deal with facts about what he did, who he had killed, who he paid to do the killing, that sort of thing. Gets in the way of the narrative.

The late Joseph L. Harsh was professor and former chair of history at George Mason University. He was founding president of the Northern Virginia Association of Historians and was editor from 1980--90 of Courier of Historical Events. His articles have appeared in Civil War History and Military Affairs. 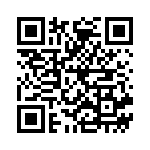