Frederic Cople Jaher is Professor of History at the University of Illinois, Urbana-Champaign. He is the author of several books, including A Scapegoat in the New Wilderness: The Origins and Rise of Anti-Semitism in America. 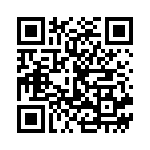