Page 5
In the mean time , Lieutenants Lindsay and Moresby of the Kent , and Lieutenant Bisset of the Wizard , who had equally distinguished themselves in driving the enemy from the beach , were actively employed in taking possession of the gun ...
Page 295
... pushed in , and took possession of it , turning the guns upon the castle and town , which were soon after deserted . We captured , in the port , twelve vessels , some laden with corn for Venice , and the others being in ballast .
Page 479
At a quarter past three , the alarm was given , the attack was made the same instant , and such vigour in the assault , that in ten minutes the fort was completely in our possession , and the concerted signal made , the guns were ... 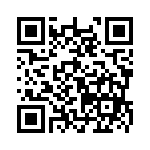