A bunch of crap about the men entering the Siegel Hardware Co. My relatives owned this store and NEVER ever would they ok this and say this. NEVER. Who ever wrote this should be sued for going after our good family and this top hardware store that was in Duluth for over 50 years..

The episode on DORMAN MUSGROVE appears interesting but faulty. The author apparently abstracted from sensational news accounts without reviewing the actual trial transcripts.
DORMAN MUSGROVE came from a very good family in Walker Co., Alabama. Many officials in Walker County, Alabama, wrote to the court attesting to the family's good standing and DORMAN's good character. Altough his parents were deceased, he was not a tramp and had until recently been steadily employed as a coal miner with the same company for many years at different locations. While working for them in Iowa, he had met his companion. The companies operations were slowed at this time because the water was too high for transporting the coal.
Temporarily out of work, they were on their way, on foot, sometimes hitching a ride, to find new work. While traveling on the road in front of farmer MILLER's property, they encountered MILLER's uncontrolled menacing dog. They shot the dog, which then got MILLER's attention. This led to a scuffle with MILLER; and subsequently, an enraged MILLER swore out a warrant.
The warrant was proven illegal and faulty in court. Sheriff ROGERS had no legal standing to arrest the men. He was determined to support MILLER, a constituate, over the word of two unknown (and unfortunate) travelers, who were temporily out of work as coal miners who were on their way to seek work elsewhere.
When Sheriff ROGERS approached the two young men, he failed to identify himself as a Sheriff when he demanded they accompany him to jail. They refused which led to a shoot out. The newspapers drummed up hysteria over the case and printed many outlandish statements, calling them tramps and murderers and falsely claimed that they had tortured MILLER. Those false statements contributed to conditions that led to the lynching of those two young men from good families by a mob of juiced up idiots.
When DORMAN's case was actually tried, some of the Jurors felt that the charge should be manslaughter so a compromise was reached to convict him of Second Degree Murder carrying a life sentence. In my opinion, after reviewing some of the trial transcripts, it should have been ruled manslaughter, The fired up mob, who were not in the courtroom to hear the actual testimony; but wanted the two strangers hanged, were enraged that it was not a First Degree Murder conviction. It was a sad situation that had gotten out of hand. The lack of protection for the two prisoners was a crime in itself. 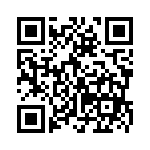