ETHAN M. FISHMAN is Professor of Political Science at the University of South Alabama. His research deals with the application of classical Western concepts to American politics. Among his publications are Likely Stories: Essays on Political Philosophy and Contemporary American Fiction, Public Policy and the Public Good, and George Washington: Foundation of Presidential Leadership and Character edited with Mark Rozell and William Pederson. 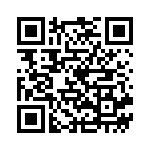