Andrew R. L. Cayton is Distinguished Professor of History at Miami University in Oxford, Ohio. He is the author of numerous books and articles dealing with the history of the Midwest, including Frontier Indiana (1966) and (with Peter S. Onuf) The Midwest and the Nation (1990)

Susan E. Gray is Associate Professor History at Arizona State University. In addition to a number of articles relating to the history of the Midwest, she is the author of Yankee West: Community Life on the Michigan Frontier. 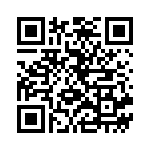