AARON COPLAND: The Life and Work of an Uncommon Man

A music historian's (Univ. of Houston) biography of the man who, despite sectarian assaults from the academy, is still regarded as America's greatest composer. Modern biographers appear to feel ... Read full review

Aaron Copland: the life and work of an uncommon man

Pollack (music history, Univ. of Houston), the author of books on three other American composers, prepared for this large biography by investigating archives and interviewing many people who knew ... Read full review

Howard Pollack is associate professor of music history and literature at the University of Houston. He has written four books on classical music and has served as music critic for the Houston Press, among other publications. He lives in Houston. 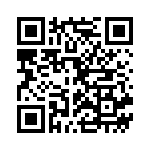