John Massaro has a bachelor of science degree in physical education and a juris doctorate from Hofstra University in Hempstead, New York, and a master of arts degree in liberal studies with an accent in health from the State University of New York at Stony Brook. His two main interests are football and public issues.

John is also the writer and the editor of SoapboxWeekly.com, which provides perspective on public issues and sports. His other books include The Total Home Workout and SUPER FACTS OF THE SUPER BOWL. 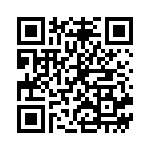