Page 5
THE ENEMY'S OPERATIONS IN WESTERN VIRGINIA . –The combination there . - Three movements . - Sigel's defeat at Newmarket .-- McCausland checks Crook at Dublin Depot . — Morgan defeats Averill at Wytheville . - Grant moves down the Valley ...
Page 6
The enemy's movements in Virginia and Georgia both in check.Disappointment of the enemy . - Statistics of Yankee recruiting . – Another Confederate success . - Defeat of Sturgis.- " The Avengers of Fort Pillow .
Page 7
The enemy's centre broken .-- He recovers . - Misconduct of the Confederate cavalry.Early retreats to Fisher's Hill . ... The enemy regains the day .-- Shameful rout of the Confederates .-- The Valley campaign virtually ended .
Page 8
More of the enemy's atrocities . — Sherman's feint upon Charlotte.- His occupation of Fayetteville . - Hampton attacks Kilpatrick . - Sherman's appointment of a rendezvous with Schofield . -Hardee's fight near Averysboro ' .
Page 9
The Union not the enemy's sine qua non . - Two contingencies that limited the war . — The worthless title of Yankee invasion .-- " Cob - web ” occupation of the Contederacy .-- Note : an address in the Richmond newspapers .
Next » 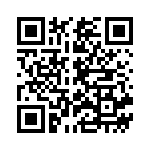