Page 75
I believe it will not cease until a crisis shall have been reached , and passed . A house divided against itself can not stand . I believe this government can not endure permanently , half slave , and half free .
Page 163
I believe you to be a brave and skilful soldier , which , of course , I like . I also believe you do not mix politics with your profession , in which you are right . You have confidence in yourself , which is a valuable , if not an ...
Page 180
At the end of more than ten days , I believe twelve , under constant urging , he reached Hagerstown from Carlisle , which is not an inch over fiftyfive miles , if so much , and Couch's movement was very little different .

20 other sections not shown 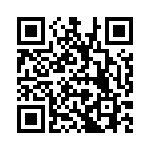