Page 227 - We are now far into the fifth year since a policy was initiated with the avowed object and confident promise of putting an end to slavery agitation. Under the operation of that policy, that agitation has not only not ceased, but has constantly augmented. In my opinion, it will not cease until a crisis shall have been reached and passed. "A house divided against itself cannot stand.
Appears in 698 books from 1857-2008
Page 430 - One-eighth of the whole population were colored slaves, not distributed generally over the Union but localized in the southern part of it. These slaves constituted a peculiar and powerful interest. All knew that this interest was somehow the cause of the war.
Appears in 709 books from 1758-2008
More
Page 230 - Two years ago the Republicans of the nation mustered over thirteen hundred thousand strong. We did this under the single impulse of resistance to a common danger, with every external circumstance against us. Of strange, discordant, and even hostile elements, we gathered from the four winds, and formed and fought the battle through, under .the constant hot fire of a disciplined, proud and pampered enemy. Did we brave all then to falter now ? — now — when that same enemy is wavering, dissevered...
Appears in 274 books from 1860-2008
Page 342 - And he cried mightily with a strong voice, saying, Babylon the great is fallen, is fallen, and is become the habitation of devils, and the hold of every foul spirit. and a cage of every unclean and hateful bird.
Appears in 1140 books from 1735-2008
Page 163 - Americans, South as well as North, shall we make no effort to arrest this? Already the liberal party throughout the world express the apprehension " that the one retrograde institution in America is undermining the principles of progress, and fatally violating the noblest political system the world ever saw.
Appears in 133 books from 1859-2008
Page 200 - This they said, and this they meant. They did not mean to assert the obvious untruth that all were then actually enjoying that equality, nor yet that they were about to confer it immediately upon them. In fact, they had no power to confer such a boon. They meant simply to declare the right, so that the enforcement of it might follow as fast as circumstances should permit.
Appears in 291 books from 1860-2008
Page 243 - I have only to say, let us discard all this quibbling about this man and the other man — this race and that race and the other race being inferior, and therefore they must be placed in an inferior position — discarding our standard that we have left us.
Appears in 172 books from 1844-2008
Page 255 - Can the people of a United States Territory, in any lawful way, against the wish of any citizen of the United States, exclude slavery from its limits prior to the formation of a State constitution?
Appears in 481 books from 1860-2008
Less

Stephen B. Oates was a Civil War historian and biographer. He was born in Pampa, Texas on January 6, 1936. He attended the University of Texas at Austin, receiving a bachelor's degree (1958), earned a Master of Arts degree (1960), and was awarded a Doctor of Philosophy (1969). From 1968 to 1997, he taught history and biography at the University of Massachusetts, Amherst. He wrote over 17 books which included, To Purge This Land with Blood: A Biography of John Brown (1970); The Fires of Jubilee: Nat Turner's Fierce Rebellion (1975); With Malice Toward None: A Life of Abraham Lincoln (1977); Let the Trumpet Sound: The Life of Martin Luther King, Jr. (1982); and A Woman of Valor: Clara Barton and the Civil War (1994). Dr. Oates was an adviser for the Ken Burn's Civil War series (1990). Stephen B. Oates died from pancreatic cancer on August 20, 2021 at his home in Amherst, Massachusetts. He was 85. 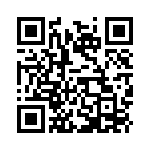