An interesting book. But only if you want to delve into the most obscure of church doctrine on the nation state. I think this would be a very hard read for the general reader, I certainly struggled ... Read full review

Paul C. Kemeny (Ph.D., Princeton Theological Seminary; Th.M., Duke University; M.Div., Westminster Seminary) is professor of religion and humanities at Grove City College in Grove City, Pennsylvania. Kemeny has taught at Calvin College and was a research fellow at the Odum Institute for Research in Social Science at the University of North Carolina at Chapel Hill. He belongs to the American Academy of Religion, the American Historical Association, the American Society of Church History and the Conference on Faith on History. Other books by Kemeny include Princeton in the Nation's Service: Religious Ideals and Educational Practice, 1868-1928 (Oxford University Press, 1998) and American Church History: A Reader (coedited with Henry Warner Bowden, Abingdon Press, 1998).

Clarke E. Cochran is a professor of political science at Texas Tech University, Lubbock, Texas. At Texas Tech, he teaches courses in political philosophy, religion and politics, and public policy. Cochran is very active in his community and serves on the Board of Directors of Covenant Health System, Lubbock, Texas. He has received numerous honors, including the Best Teacher Award from Pi Sigma Alpha, the AMOCO Foundation Distinguished Teaching Award, and others.

Davis is director of the J. M. Dawson Insitute of Church-State Studies at Baylor University in Waco, Texas.

Smidt is professor of political science and director of the Paul B. Henry Institute for the Study of Christianity and Politics at Calvin College in Grand Rapids, Michigan.

Theologian and social activist Ronald J. Sider is the founder of Evangelicals for Social Action, a think-tank that publishes Prism magazine and seeks to develop biblical solutions to social and economic problems. He is also professor of theology, holistic ministry and public policy at Palmer Theological Seminary in Wynnewood, Pennsylvania and is a founding board member of the National Religious Partnership for the Environment. Sider has published over 22 books and has written over 100 articles in both religious and secular magazines. He is the author of Rich Christians in an Age of Hunger and Just Generosity. He received a BA in European history from the University of Waterloo in Ontario and a Master of Divinity and PhD in history from Yale University. 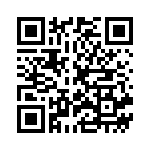