I am a lifetime believer and 73 years old. As you might surmise have heard many sermons. This is translation from German to English and is sermons on the first eleven chapters of Genesis. It is very easy to read and also very thought provoking. As are all religious writings that are useful it does not try to outsmart itself. It brings you to a light that shines directly in your face about what you believe and how strongly you believe it. No passing the buck here. It has a freeing effect in that it calls for self assessment and it pulls no punches in that regard. While it is not an in your face thing you certainly get the message. It has a very good description of Gods conversation with Adam and Eve upon their first meeting after the fall. As I understand it , be it ever so limited, its all your fault! Hard but true and once realized that makes everything so much easier to give it away to God. Jim Peacock Alabama

Helmut Thielicke first came to prominence as a German Lutheran minister during the last days of the Second World War in Stuttgart. In the face of bombing raids and Nazi opposition, Thielicke carried on preaching to a congregation of thousands. After the war was over, he joined the faculty of the University of Tübingen as Rector and Professor of Systematic Theology, later becoming the Rector of the University of Hamburg. During this time, he also became a world traveller, lecturing and preaching in the United States, South Africa, Australia and Latin America. He died in Hamburg in 1986. 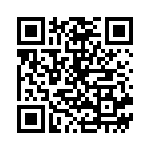