Page 440
If slavery is right , all words , acts , laws , and constitutions against it are themselves wrong , and should be silenced and swept away . If it is right , we cannot justly object to its nationality , its universality ; if it is wrong ...

This book was written shortly after Lincoln's death by his Law Partner. At the time, Lincoln was recognized for his greatness. The goal of the book was to capture people's memories of Lincoln shortly after his death, so that the effect of time would be minimized. The book can be difficult to read at times, as the vernacular of the time differs from the present. However, in honor of Lincoln's 200th birthday, I'll share a couple poorly known facts about Lincoln.
One of the qualities that Barak Obama and Lincoln shared was their political realism. The harshness of their critics never struck them at a personal level. They were always able to see the politics clearly, and were thus able to maintain a distinct and robust view of the topic over which they were attacked. They also had some similarities in their stature. Both were tall (see drawing of Lincoln on page 83), and as we know Barak Obama is quite athletic. However, how about Lincoln? Due to his large size, and due to the times, when Lincoln was a young man and took up residence in a town, he was often challenged to a wrestling match. Lincoln never lost such a match, suggesting Lincoln also possessed such athleticsim.
The place where Obama and Lincoln differ most is their mood. It is hard to believe that Barak Obama could have had a major depressive episode in his life without that information becoming public during his Presidential campaign. However, Lincoln clearly was affected by a major depressive disorder. This is best evidenced in 1841 when he was so depsondent, his life long friend, Joshua Speed, took him to Kentucky for a year, where he remained isolated in a cabin, with no access to a razor, due to fears he might harm himself. From page 241 of the book: "In the language of Mr Edwards, 'Lincoln went as crazy as a loon,' and was taken to Kentucky by Speed, who 'kept him until he recovered.' He 'did not attend in 1841-2 for this reason.'"...."During this period, at times he was very melancholy,' and by his own admission, 'almost contemplated self destruction'.
The other interesting observation in this regard was a comment made by Lincoln to Robert L Wilson, a colleague of his in the Illinois Legislature, "although 'he appeared to enjoy life rapturously,' it was a mistake; that, 'when alone, he was so overcome by mental depression, that he never dared to carry a pocket knife.'".

Page 400 - Either the opponents of slavery will arrest the further spread of it, and place it where the public mind shall rest in the belief that it is in the course of ultimate extinction; or its advocates will push it forward till it shall become alike lawful in all the States, old as well as new, North as well as South.
Appears in 748 books from 1857-2008
Page 536 - If it were admitted that you who are dissatisfied hold the right side in the dispute, there still is no single good reason for precipitate action.
Appears in 335 books from 1847-2008
More
Page 535 - While I make no recommendation of amendments, I fully recognize the rightful authority of the people over the whole subject, to be exercised in either of the modes prescribed in the instrument itself; and I should, under existing circumstances, favor rather than oppose a fair opportunity being afforded the people to act upon it.
Appears in 331 books from 1861-2008
Page 380 - ... it becomes our duty, by legislation, whenever such legislation is necessary, to maintain this provision of the Constitution against all attempts to violate it; and we deny the authority of Congress, of a territorial legislature, or of any individuals, to give legal existence to slavery in any territory of the United States.
Appears in 471 books from 1841-2008
Page 535 - States, including that of persons held to service. To avoid misconstruction of what I have said, I depart from my purpose not to speak of particular amendments so far as to say that, holding such a provision to now be implied constitutional law, I have no objection to its being made express and irrevocable.
Appears in 330 books from 1861-2008
Page 535 - Why should there not be a patient confidence in the ultimate justice of the people? Is there any better or equal hope in the world? In our present differences, is either party without faith of being in the right? If the Almighty Ruler of Nations, with His eternal truth and justice, be on your side of the North, or on yours of the South, that truth and that justice will surely prevail by the judgment of this great tribunal of the American people.
Appears in 336 books from 1861-2008
Page 535 - I will venture to add that to me the convention mode seems preferable, in that it allows amendments to originate with the people themselves, instead of only permitting them to take or reject propositions originated by others, not especially chosen for the purpose, and which might not be precisely such as they would wish to either accept or refuse.
Appears in 246 books from 1861-2008
Page 534 - ... decisions of the Supreme Court, the instant they are made in ordinary litigation between parties in personal actions, the people will have ceased to be their own rulers, having to that extent practically resigned their government into the hands of that eminent tribunal. Nor is there in this view any assault upon the court or the judges. It is a duty from which they may not shrink to decide cases properly brought before them, and it is no fault of theirs if others seek to turn their decisions...
Appears in 202 books from 1861-2008
Page 436 - That affair, in its philosophy, corresponds with the many attempts related in history at the assassination of kings and emperors. An enthusiast broods over the oppression of a people till he fancies himself commissioned by Heaven to liberate them. He ventures the attempt, which ends in little else than his own execution.
Appears in 228 books from 1857-2008
Page 186 - Voters," in which the candidates who are announced in the "Journal" are called upon to "Show their hands." Agreed. Here's mine. I go for all sharing the privileges of the government who assist in bearing its burdens. Consequently, I go for admitting all whites to the right of suffrage who pay taxes or bear arms (by no means excluding females).
Appears in 230 books from 1866-2008
Less 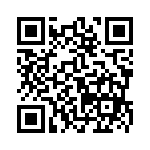