Unless your an avid student of politics, this book is a VERY hard read. But if you're interested in how the United States of America was born, it's worth plowing your way through. And you might just ... Read full review

The encroachment on civil and political rights, in the post Obama inauguration period, suggests that the Anti-Federalist writers provide reasonable alternatives to the imposition of government power ... Read full review

Ralph Ketchum is Professor of History and Political Science at the Maxwell School of Citizenship and Public Affairs of Syracuse University. He is the author of many books on American History, including Presidents Above Party- The First American Presidency; From Colony to Country- The Revolution in American Thought, 1750-1820; and James Madison- A Biography. 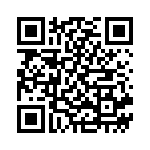