Gloria J. Browne-Marshall, an Assistant Professor of Constitutional Law at John Jay College of Criminal Justice, litigated Civil Rights and Public Law cases for the NAACP Legal Defense and Educational Fund, Inc., Community Legal Services, and Southern Poverty Law Center, prior to academe. She is the author of The Constitution: Major Cases and Conflicts, founder of The Law and Policy Group, Inc., and a noted playwright. 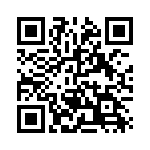