A fanciful argument that superpower rivalry in Latin America undermined and finally killed the Monroe Doctrine (which asserted American dominance in the Americas and nonintervention in Europe) as a ... Read full review

The Monroe Doctrine, first proclaimed by President James Monroe in 1823, has served as a guidepost for American policy toward Latin America for 170 years. Smith, one of our most prominent diplomatic ... Read full review

Gaddis Smith is Larned Professor of History at Yale University, where he has taught the history of American diplomacy and foreign policy since 1961. He is the author of numerous books, including Morality, Reason, and Power: American Diplomacy in the Carter Years. 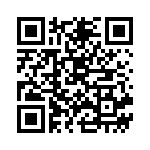