Sheldon Garon is Professor of History and East Asian Studies at Princeton University. He is the author of The State and Labor in Modern Japan, which was awarded the 1988 John K. Fairbank Prize by the American Historical Association. 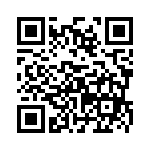