Page 139
A stretch of centuries has “ The Hill of Stones " appeared , in 1882. Of often known not one . Adopt a different the portfolioful submitted to Holmes , only standard , and more fair , by which the verse “ Herndon " now appeared .
Page 575
thoroughfare , and through a narrow alley appeared to be inexhaustible . His clever a small courtyard is reached , where , on the schemes , his skilful execution , his variety left , opens a shining oak door , revealing a of subjects ...
Page 831
He therefore prothese terms and end the continual risk . ” To ceeded to construct on the south side , where this Alexander replied : “ So should I , if I the wall appeared weakest , a gigantic mound were Parmenion ; but as I am ... 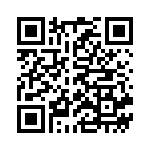