Sundays down South: a pastor's stories

"This is not a religious book," notes Chatham, a pastor with a social conscience who gives us stories about the lives of poor people struggling "to live in the sunshine" in four Southern locations ... Read full review

James O. Chatham, Asheville, North Carolina, is pastor emeritus of Highland Presbyterian Church, Louisville, Kentucky, where he served for twenty-five years. He is the author or editor of several books, including Matching and Dispatching: Wedding and Funeral Stories of a Battle-Toughened Pastor and Faith Grows by Risk: Stories from the Life of Kentucky Refugee Ministries. 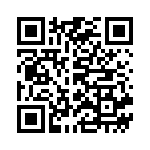