A double biography of Lincoln and Taney, focusing on their national careers and the battle over slave politics from the 1840s until Taney's death. I suspect there won't be much new here for anyone who ... Read full review

An examination of the differences over the Constitution's meaning that separated Abraham Lincoln, most revered president, from Roger Taney, most reviled Chief Justice.Honorable and gentlemanly, deeply ... Read full review 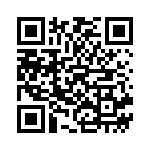