Barbara Rearden Farnham is Senior Associate at the Institute of War and Peace Studies. 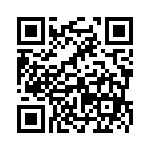